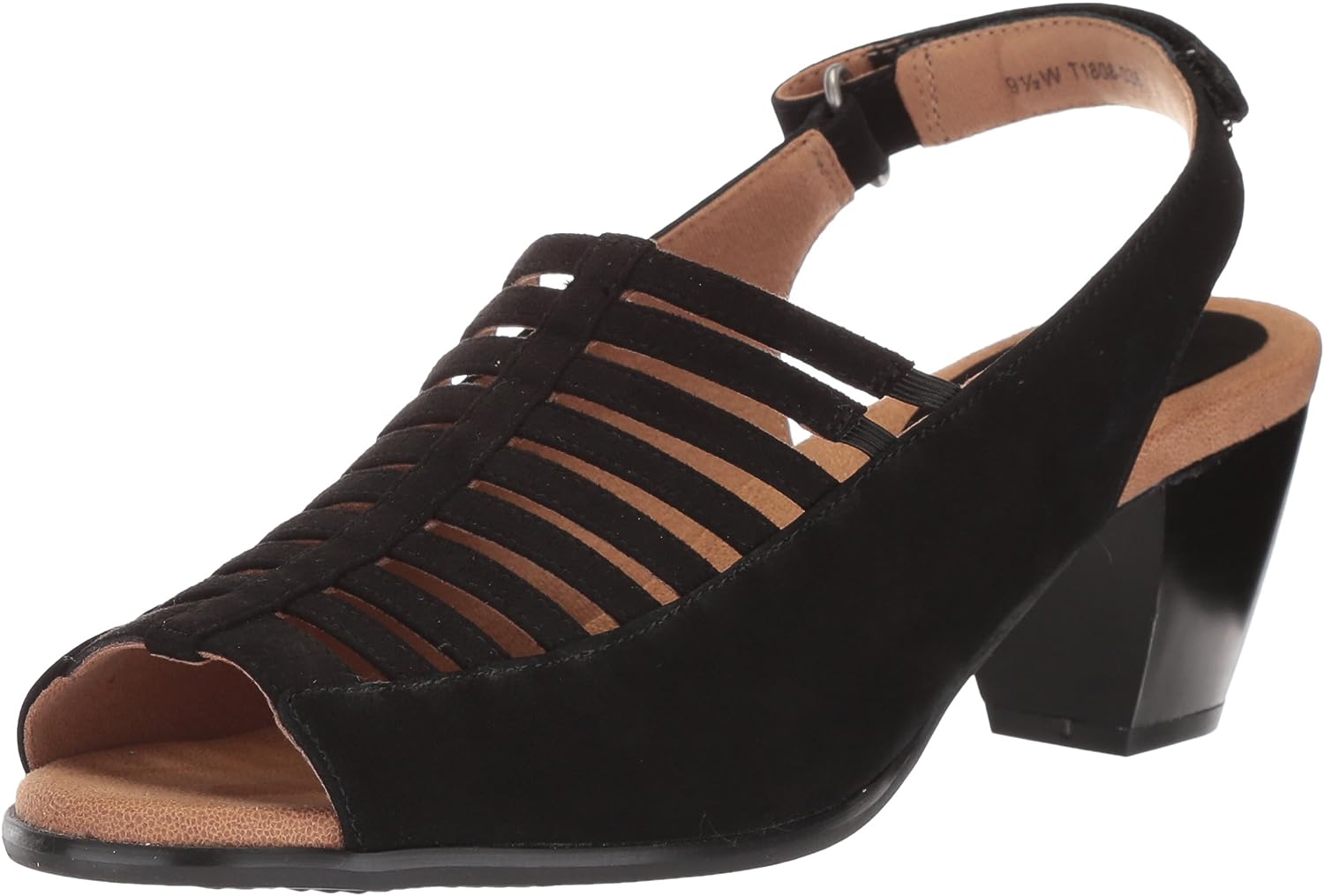 Minnie is new to the line up of great Trotters casual/dress sandals. The sandal bootie is the hottest trend in spring and summer footwear. Hidden stretch delivers a perfect fit. Stable heel is great for walking and a deep cushioned footbed makes for all day comfort.