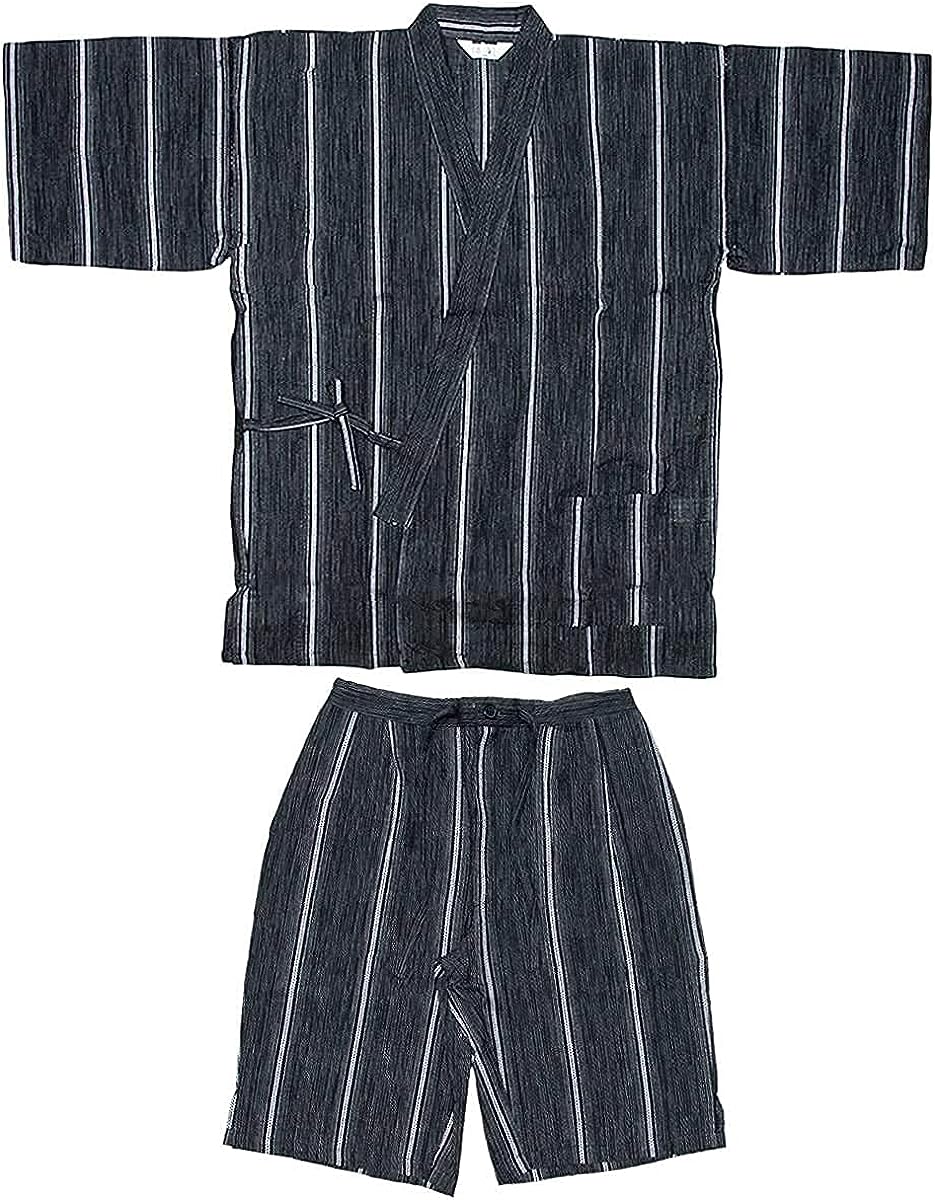 "Jinbei" is maybe the most traditonal summer lounge clothing in Japan.
More than just a lounge set, this fresh and comfortable informal clothing is also usually worn
during Japanese summer festivals (Matsuri).

Woven with traditional "Shijira" technique, this fabric has a dictinctive crepe-like texture and
will allow you to experience and enjoy the authentic Japanese summer style.